These are the vintage racecars that we currently have available for sale. They are purpose built for the track, and are not street legal.

Please contact us for more information regarding any of these vehicles, or if you have one you are interested in selling. Contact form is at the bottom of this page.

1967 Corvette Roadster
PRIMARY MOTOR (Build Sheet & Dyno sheet Available).
Dyno tested (765 hp, 590 ft-lbs. torque @ 6800 rpm)
Dart block
Dry sump
Canfield High port heads
Willy’s Carburetor
Jessel rocker system
Custom J&E pistons
ISKY tool room valve springs
MSD Ignition
Compression ratio 14:1
Custom headers built for this motor and car (coated in silver heat finish).
TRANSMISSION
G Force South GF4A – straight cut gears (Dyno test sheet available).
DIFFERENTIAL
3:70 With heavy duty axle shafts and rear cover.
CLUTCH
Tilton metallic racing clutch.
REAR SPINDLES
Bearings have integral grease fittings built by The Spindle People.
FIRE SUPPRESSION SYSTEM
Fire Charger with nozzles in fuel tank compartment, cockpit, & engine bay
FRONT ROTORS
Coleman Racing - Drilled and slotted
BRAKE PADS
Hawk DTL 70 – front and rear
FUEL CELL
ATL fuel cell
COOL SUIT SYSTEM
Plumbed & wired
WHEELS
American Racing wheels with Goodyear tires (660 front, 800 rear).
MISCELLANEOUS
The car was originally set up for endurance racing. It has oil coolers for the
tranny and rear differential with Oberg Filters and Barnes oil pumps to
circulate fluids to front oil coolers. Currently disconnected but easily replumbed.
Also has a set of Hella Rallye endurance racing add on lights
set up on a frame that attaches to front of car (period correct).
Although the car is an SVRA Group 6 car, I do not have the actual medallion.
I do have the framed certificate and it is on file with SVRA. The previous
owner’s wife would not give it to him in a nasty divorce (just adds to the
history).
I met with Zack Spratlin (Owner who had the car race-prepared and raced it
with 7-11 sponsorship in the 1970’s). He gave me all of his trophies and 16
mm film of the car on many famous Southern tracks (the car was from the
Georgia area). I had the film converted to tapes and its now time to
convert to other digital media.
When my wife and I met with him he told me that he had tried to find the
car to buy it back many years after he had originally sold it. However, he
was not able to find it. The ironic part is that I bought the car not more
than 10 miles from where he lived. It was stored in a trailer on a main road
that he traveled daily to work. He passed by it regularly.
When Zack Spratlin owned the car, he had an accident in West Pal Beach, Fl
which took off the windshield and destroyed the front clip. He replaced the
front clip with a 1966 front clip. The only difference between the two years
is the style of the side vents. So, everyone thought it was a 1966 for many
years and that is why they had trouble finding its history and the original
owner. This is all documented in a letter to me from Zack Spratlin.
When I purchased the car, I updated the wiring of the car, and added some
additional components (such as re-installed the headlights and added
optional alternating blinking head lights, maintained the original style
vintage gages and original vintage fuse block attached to the dashboard
and added a set of brake bias gauges).
CAR HISTORY
1967 -1969 – Street car. 427-425 hp, f41 suspension, maroon/black.
1970 -1977 - Zack Spratlin – Stone Mountain, Ga.
1972 – Fully race prepared by E.J. Trivette at Bird & Trivette Racing in
Buford, Ga. Raced SCCA and 1 IMSA Race.
1977-1987 – Freddie Michales, Buckhead, Ga. (raced Solo II and Corvette
club events only).
1987-1988 – Wesley Huffman, Powder Springs, Ga (No Racing).
1988-1990 – Gene Felton – Famous sports car driver. His racing career
was ended in an accident with Paul Newman where he broke his back and
partially paralyzed his vocal cords. Gene restored the car and sold it to the
next owner Ed Carter. Gene also obtained the SVRA Group 6 medallion
certification for the car.
1990-2003 – Ed Carter, Tucker, G. Raced SCCA and HSR events.
2003 – Present – Al De Bonis (all races were wheel to wheel racing SCCA,
SVRA, HSR).
LOG BOOKS
Sport Car Vintage Racing Assn (SVRA) & Sports Car Club of America (SCCA).
TRACKS RACED BY PREVIOUS OWNERS
St. Louis, Savannah, West Palm Beach, Road Atlanta, Charlotte, Stuttgart,
Sebring, Virginia International (original) Indianapolis, and Mid-Ohio.
TRACKS I RACED
Watkins Glen, Virginia International (restored), Lime Rock, Mosport
Canada, Mont Tremblant Canada, Northern New Jersey Motorsport Park,
Summit Point, Pocono, New Hampshire.
​ 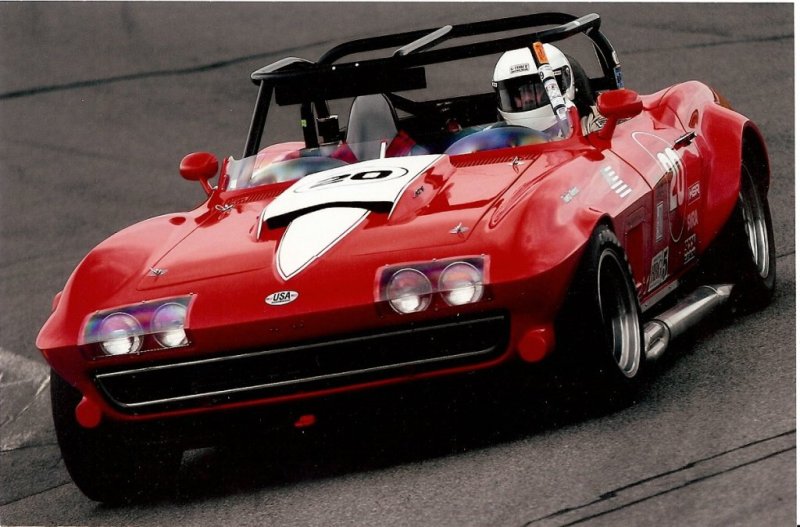 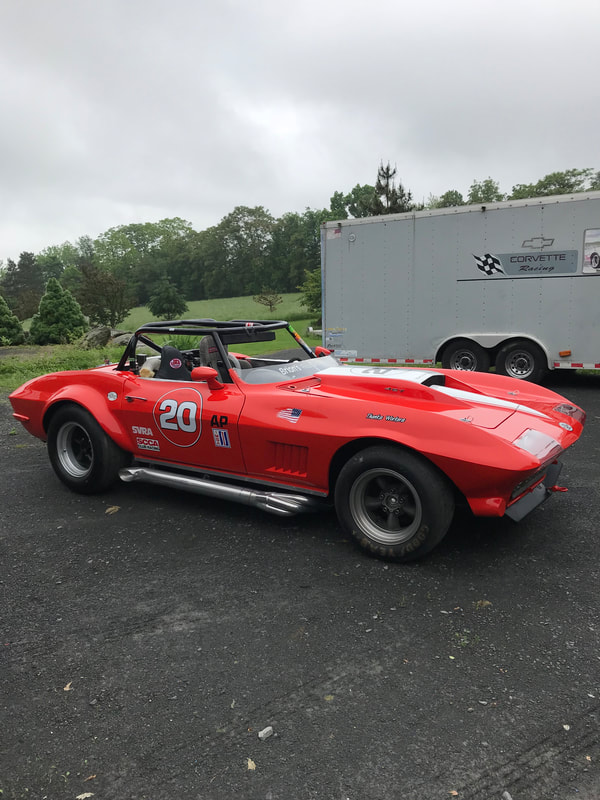 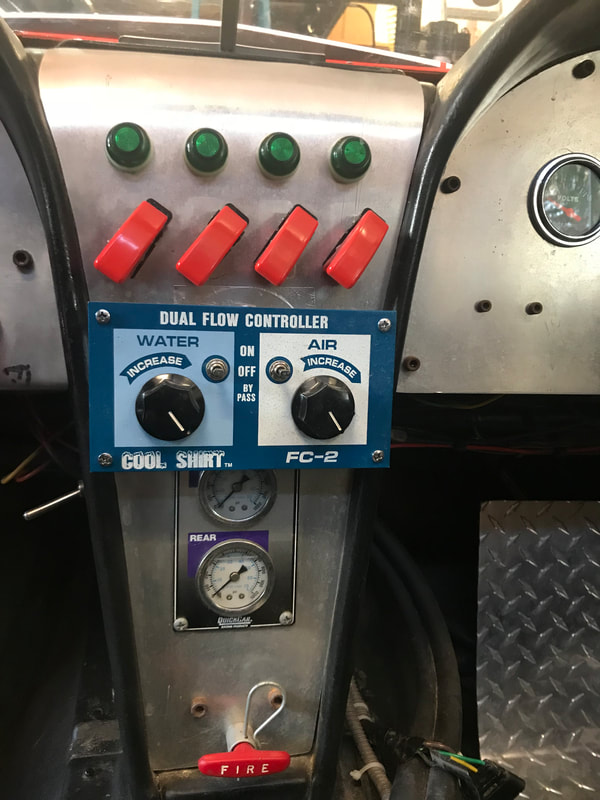 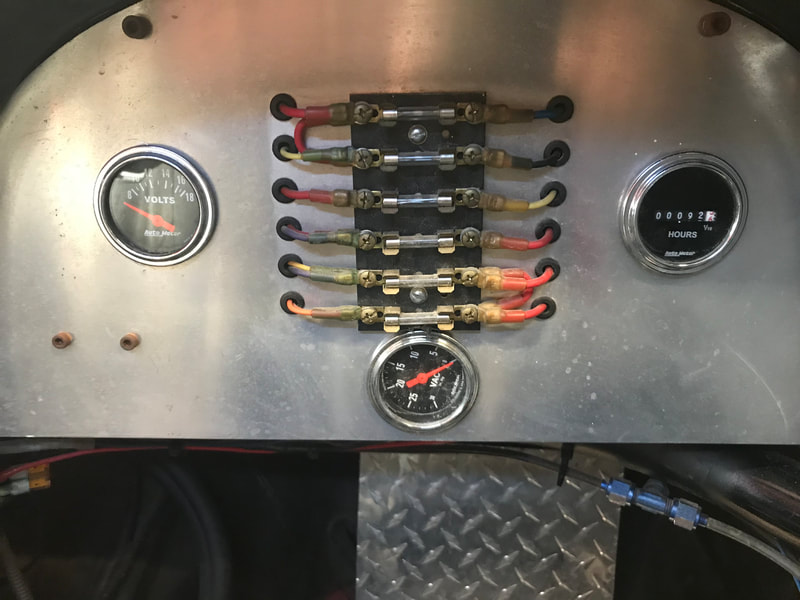 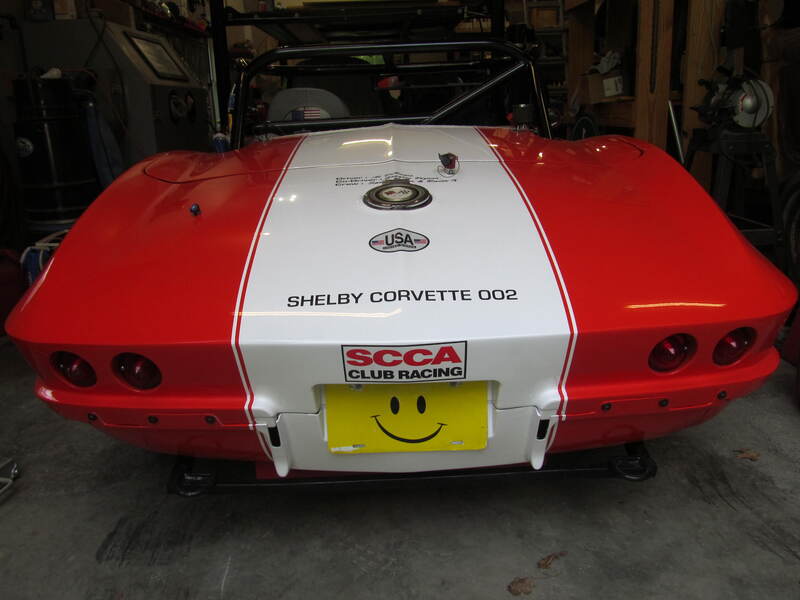 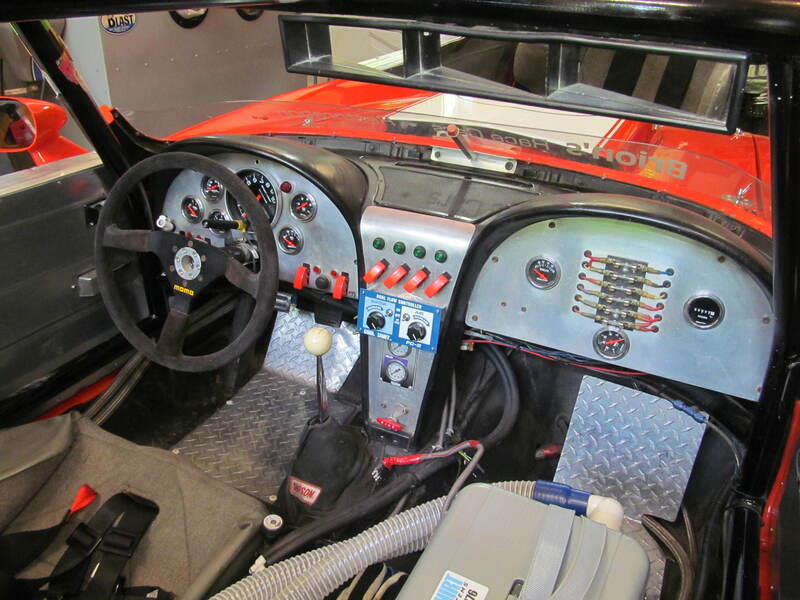 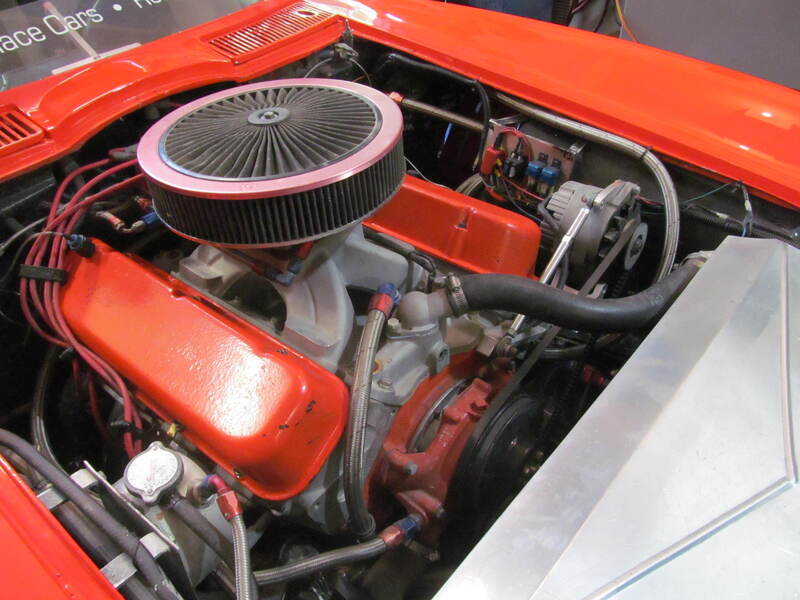 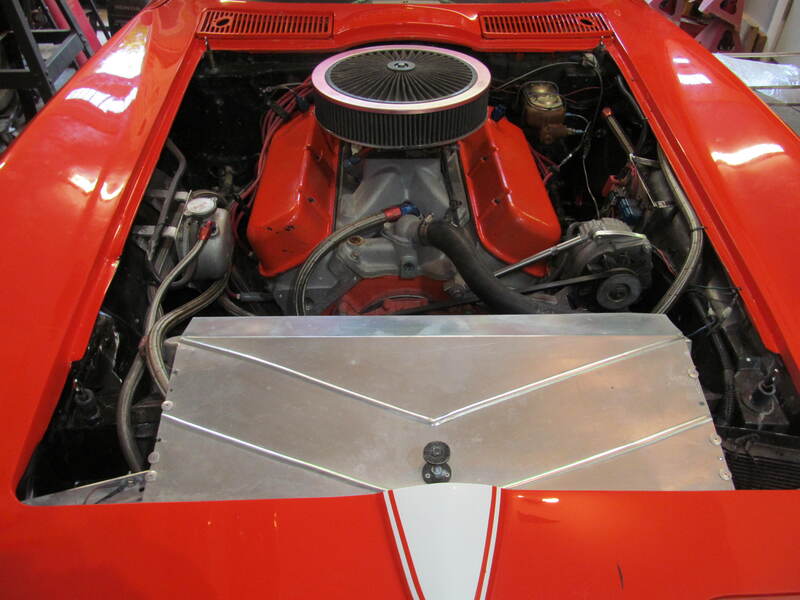 1970 Camaro Race Car
1970 Camaro. Built into a racecar sometime in the 70s and raced extensively for many years. The previous owner had the car for approximately 40 years, and campaigned the car in over 90 events. Some of these events included 3 SCCA Mid Atlantic Championships, 3 SCCA Runoffs, and an SCCA Trans Am race. The Trans Am race was the 1983 Escort 300 at Summit Point. This Camaro also set the GT1 lap record at Watkins Glen in 1980, with a time of 2:15.8 with an average speed of 89.52 MPH.

We recently completed a full restoration on the car, and back-dated the bodywork to the correct 1970 style.

Car just competed at the Lime Rock Historics in September 2021, where the original driver and builder, Pete Archey, was re-united with the car. 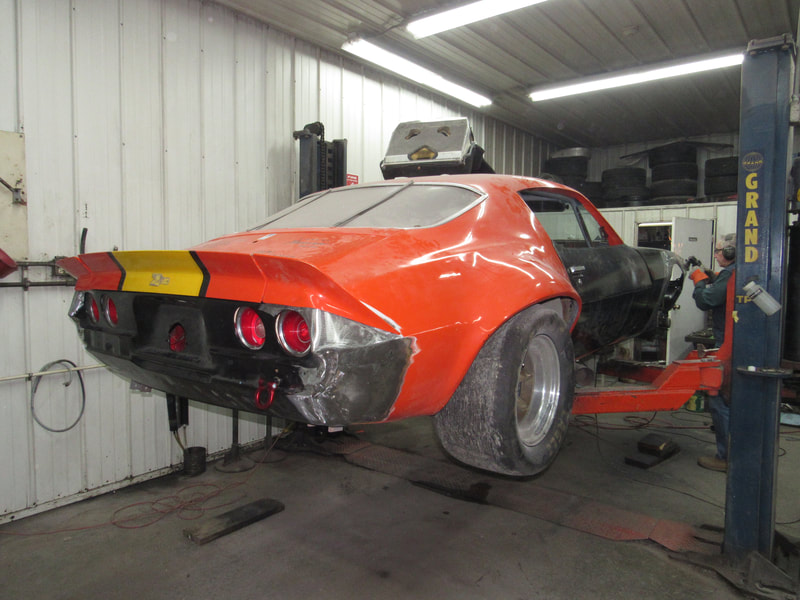 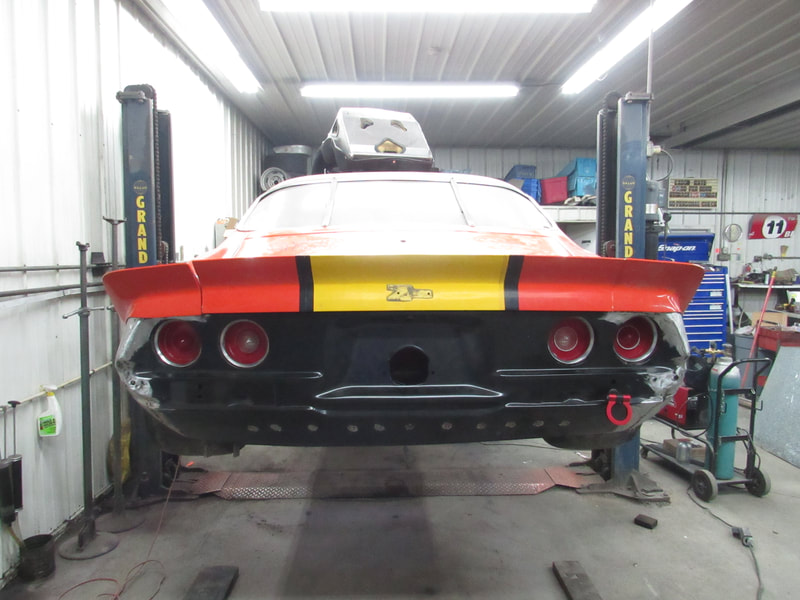 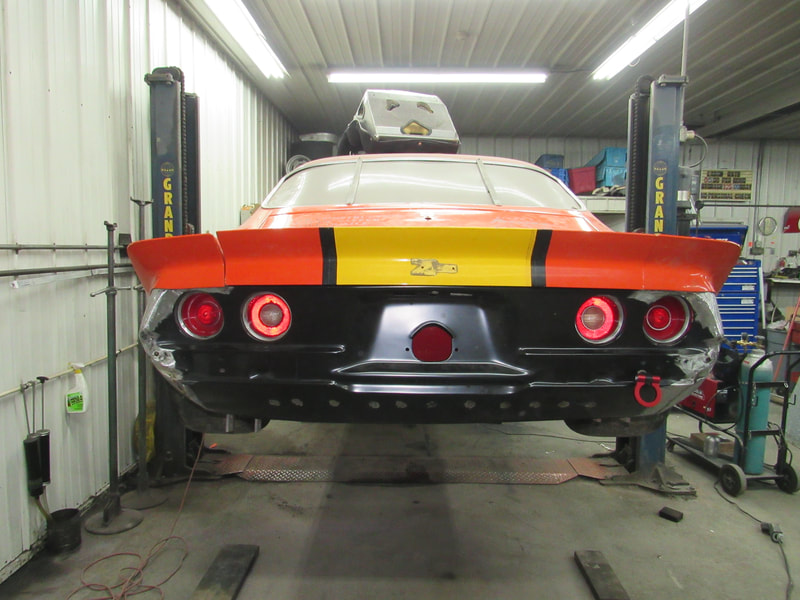 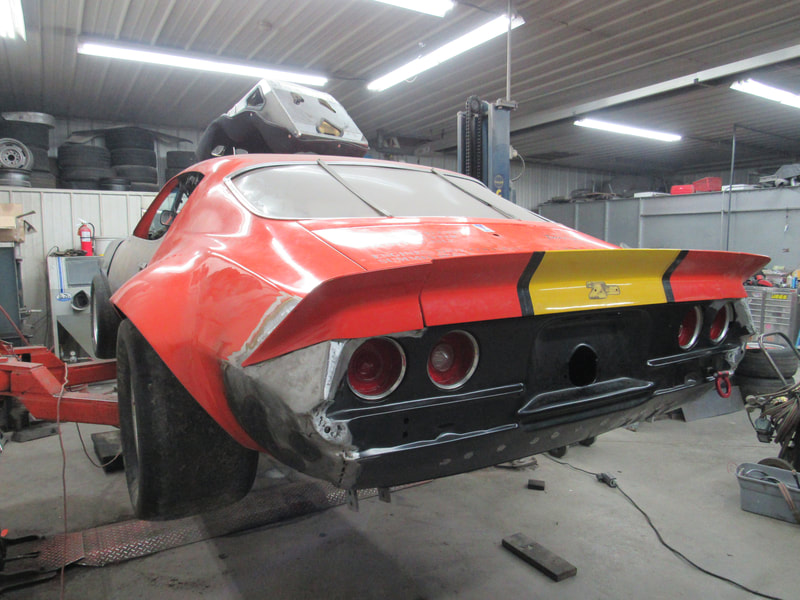 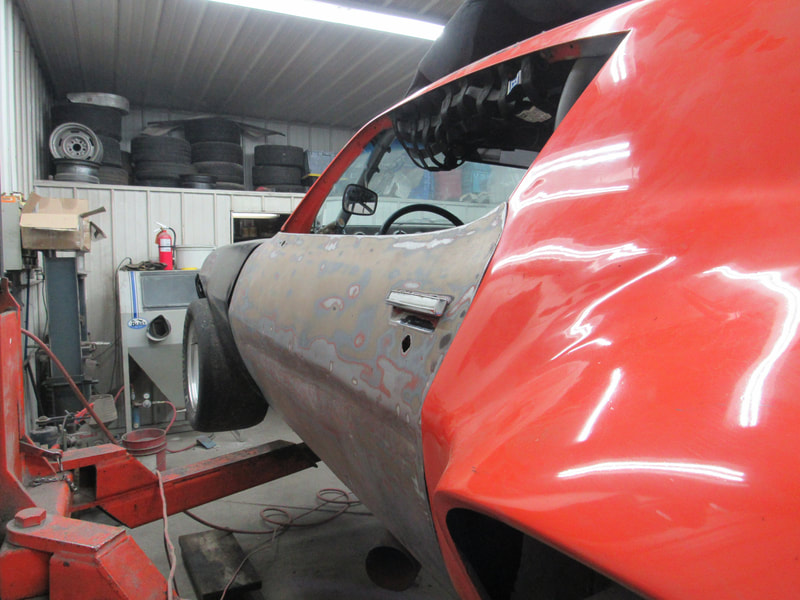 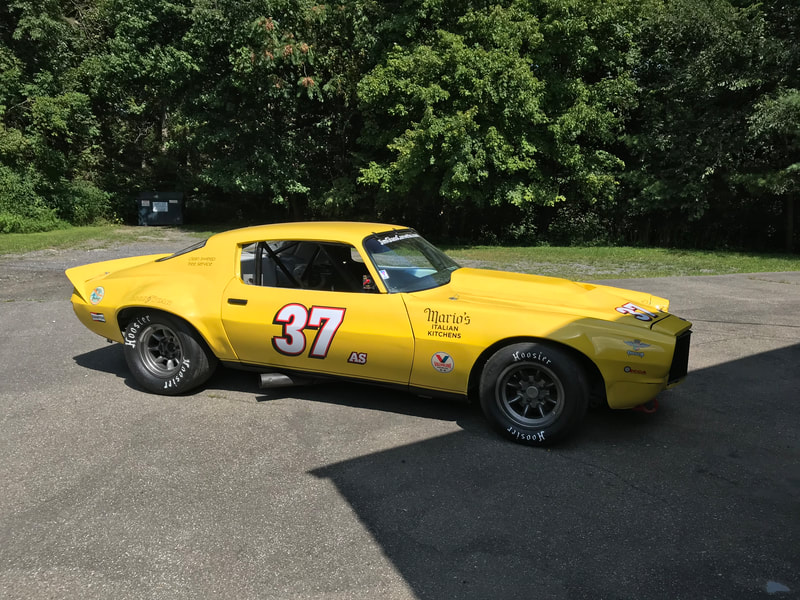 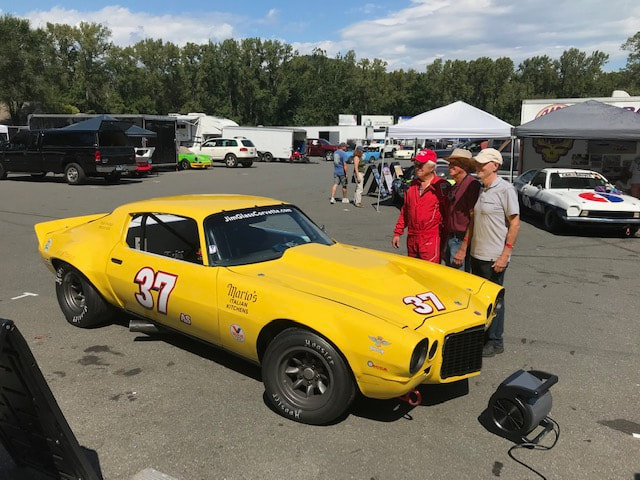